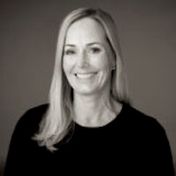 Mathilde Fasting is a project manager and fellow at Civita, one of Norway’s most influential think tanks dedicated to liberal ideas, institutions, and policies based on individual liberty and personal responsibility.

Fasting regularly hosts Civita’s weekly podcast “Liberal halvtime.” Her many published works include Freedom of Choice, The Citizen and the Community, The Norwegian Welfare, Market and moral, along with three books: After the End of History: Conversations with Francis Fukuyama (2021), The Norwegian Exception? Norway’s Liberal Democracy since 1814 (2021) and Torkel Aschehoug and Norwegian Historical Economic Thought: Reconsidering a Forgotten Norwegian Pioneer Economist (2016). As Europeans face skyrocketing energy costs, should Norway step in to help or cut its energy ties?

Join us on June 15, 2021 to hear Mathilde Fasting discuss “State Capacities and Elite Legitimacy After Covid: the Story of Scandinavia.” Mathilde Fasting is a project manager and fellow at Civita, one of Norway's most influential think tanks. Her published works include Freedom of Choice, The Citizen and the