I happened to read two books over the summer that were very helpful in thinking through the cognitive crisis we are facing as a result of the rise of the internet and populist politics. The first was Jonathan Rauch’s Constitution of Knowledge, which came out in June, and the second was a book by Alan Sokal and Jean Bricmont called Fashionable Nonsense, which had been first published back in 1998. You may remember Alan Sokal as the French physicist who perpetrated a hoax, submitting an impenetrable made-up article to the cultural studies journal Social Text arguing that physics and mathematics were actually “socially constructed,” which the journal accepted and published. In Fashionable Nonsense, he and his co-author go through the writings of a host of postmodernist writers including Jacques Lacan, Julia Kristeva, Luce Irigaray, Jean Baudrillard, and Gilles Deleuze, reproducing long passages in which they attempt to incorporate scientific concepts into their narratives and betray complete ignorance of their subject matter.

The reason that these two books are connected in my mind has to do with the problem of epistemic relativism. We who live in modern liberal societies have necessarily accepted a certain degree of moral relativism: we typically do not assert that our value systems represent some kind of absolute truth, and are tolerant of people with competing views. We have divorced state power from endorsement of particular sectarian religious points of view, even if we are partisans of that view, in recognition that views on final ends are necessarily diverse.
___STEADY_PAYWALL___
Epistemic relativism, on the other hand, concerns not final values but assertions of fact concerning the outside world. Max Weber famously distinguished between facts and values, and argued that scientific rationality could establish the former but not the latter. What is distressing about our contemporary liberal society is that relativism has been spreading from values to facts, in which empirical statements about reality are contested and are seen to be relative to the perspective of the observer. When Jonathan Rauch speaks about the “constitution of knowledge,” he is not describing the way we arrive at shared moral understandings, but rather how we establish factual information such as who won the last presidential election or the safety and efficacy of a particular vaccine. Up until the last few decades, most people living in liberal democracies would have accepted the authority of modern natural science to establish factual information, even if it could not address ultimate questions of value. This can no longer be taken for granted.

How we got to this point deserves a longer treatment, which I try to provide in my forthcoming book Liberalism and Its Discontents. In my view, the contemporary questioning of the authority of modern natural science stemmed from the subjectivism that was introduced by structuralist and postmodernist writers who expanded on Nietzsche’s aphorism that “there are no facts, only interpretations.” This culminated in the writings of the French philosophe Michel Foucault, who argued that in previous centuries power was exercised openly by rulers who could order the death of any of their subjects. In more recent times, however, it had become hidden behind the façade of modern science, which pretended to be neutral and value-free, but in fact reflected the interests of existing power-holders.

Foucault argued that in a series of domains—the definition of madness, incarceration, the treatment of sexuality and deviancy—the language of science was used to define reality in ways that served the interests of existing power holders. This view was picked up and expanded by other writers in the burgeoning domains of critical theory; in postcolonial theory, for example, empiricism itself was seen by some as a Western ideology that sought to devalue non-Western cognitive approaches. Though Foucault did not indulge in openly conspiratorial thinking, there was a conspiracist dimension to his thought: things are not what they seem, you are being manipulated behind the scenes by elites who don’t want you to recognize the power they have over you.

While no one on the contemporary populist right acknowledges a debt to postmodernist thought or Foucault, they are treading in those footsteps. From the start of the Covid pandemic, conservatives began to argue that the disease was a hoax perpetrated by left-wing elites who wanted to discredit Donald Trump. Trump himself amplified this point of view by trashing the mainstream media, and picking fights with scientists like Anthony Fauci who recommended policies he felt ran contrary to his favored narrative. His biggest lie, of course, concerned the conspiracy of election officials and courts to steal the 2020 election. Conspiracy thinking has broadened from a fringe phenomenon to something that has infected a substantial part of the Republican Party, and has survived Trump’s departure from office.

Hence the need to write and publish books like The Constitution of Knowledge, which would have seemed like a redundant exercise a couple of decades ago. Rauch is trying to answer the question of how societies establish factual knowledge about reality. He argues that modern science establishes “truth” through a social process guided by two principles: first, that no one has the final say on what is true, the search for truth being more of a process than a final destination; and second, that no one has personal authority, but needs to establish facts by empirical verification. These principles could be seen at play during the Covid epidemic, as our knowledge about the disease and the underlying virus have evolved. Infectious disease experts have been discredited in the minds of many because their advice has been at times inconsistent and contradictory, but this reflects the changing nature of empirical knowledge.

Taken by themselves, I don’t think that Rauch’s two principles are sufficient to describe the process by which we arrive at empirical “truth.” They could just as soon describe the evolution of tastes in art or fashion, if they are not linked to institutions that safeguard the principles under which empirical fact is determined. Rauch touches on the deeper issues in the epistemology of science, but could have gone much further.

This is where the Sokal-Bricmont volume is very helpful. Chapter 4 is entitled “Epistemic Relativism in the Philosophy of Science,” in which they describe how modern science actually arrives at assertions of empirical fact. They find Karl Popper’s argument that modern science can only falsify but not verify facts inadequate, and show that induction continues to be a powerful method used by the sciences. Regularities over multiple observations produce theories of causality that can be refined statistically. David Hume’s argument that the sun continuing to rise in the east cannot be established with the same certainty as our deduction of a mathematical theorem remains correct. All inductive conclusions are only probabilistically true. Sokal and Bricmont point to a theory in quantum electrodynamics that predicts the magnetic movement of an electron, and an experiment in which the observed behavior of the electron corresponded with the theory’s predictions out to ten decimal places. Yet, they point out, both the theory and the experimental observation have miniscule error terms, so there remains an extremely small probability that one or the other was wrong. The theory of relativity and quantum physics show that Newtonian mechanics is inadequate to explain physical behavior at both macro and micro scales, yet the latter was plenty good enough to enable human beings to land spaceships on the moon.

But Sokal and Bricmont go further and argue that the scientific method cannot be codified in any simple way. There are many circumstances in which human beings need to establish empirical facts, and are willing to settle for a much lower probability that their findings are true. They point to court proceedings, in which there are elaborate rules regarding the admissibility of evidence, the ways in which inductive conclusions can be reached (e.g., by throwing out circumstantial evidence), and differing standards of proof (e.g., between civil and criminal cases). As we all know, courts frequently produce wrong judgments, but they make use of procedural rules that seek to increase the probability of a correct judgment to the extent possible. These procedures would not be sufficient in the natural sciences, but they are better than earlier methods like trial by combat or dunking an accused witch in a vat of water to see if she sinks or floats.

So the constitution of knowledge takes advantage of a battery of different techniques that do not establish “truth,” but rather seek to reduce to the extent possible the probability of error. These techniques differ by domain, as do acceptable probabilities: the 95 percent confidence intervals commonly used in the social sciences would not be acceptable in particle physics; legal judgments often fail to rise to even this level.

This is why I think that Rauch’s two principles are inadequate to protect a shared understanding of empirical fact. Open-ended social networks are not enough: to them we need to add a set of hierarchical institutions, established by elites, who set the rules of evidence and acceptable probabilities in making judgments of fact. Institutions like peer review and accreditation in the natural sciences, or rules of procedure in the courts, or standards of good journalistic practice in the media are also necessary. We should stop saying we trust science to establish facts; what it does in an ongoing process is to reduce the probabilities of error.

An example of how such a hierarchical institution functions is the way that the federal courts have handled the Trump lawyers spreading election disinformation: Rudy Giuliani has been disbarred in New York and the District of Columbia, and a Trump-appointed federal judge has permitted defamation lawsuits to go ahead against Giuliani and Sydney Powell. If we are to avoid epistemic relativism, it is these sorts of institutions that we need to protect us against populist accusations that such institutions are all part of an elite conspiracy against ordinary people. Foucault’s charge that science is a tool of elite power is true enough, but it is a kind of elite power that is necessary to protect the functioning of a liberal democracy.

I haven’t posted to this blog for a while due to an extraordinarily heavy travel schedule related to Liberalism and Its Discontents, but the book promotion phase is largely over now and the school year is done. There are two big developments happening now that will affect global democracy

Over the past few weeks, we have been treated to two major examples of disastrous decision-making by authoritarian great powers. The first was, clearly, the Russian invasion of Ukraine, which to date has killed tens of thousands of innocent Ukrainian civilians. The cost to Russia has been enormous as well, 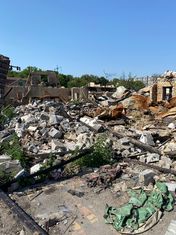 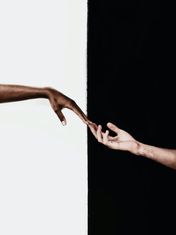