There have been a couple of amazing weeks so far in a year that has been overall a shocking and gloomy one. The first occurred beginning on September 6, when the Ukrainians started their Kharkiv offensive and drove the Russians out of most of the oblast in a matter of days. And the second was this past week, which was memorable in many respects. Americans went to the polls on Tuesday, with many of us dreading what was almost universally predicted to be a crushing Republican repudiation of Joe Biden and the Democrats. As Wednesday turned into Thursday, it became clear that the "red wave" had not materialized. The news kept getting better: by the weekend it was clear that the Democrats would not just keep the Senate (and were on track to increase their majority), but that the Republicans would claim the House by at most a seat or two. All of the Trump-endorsed election deniers in critical swing states that would have authority over the 2024 election were defeated, as were many of Trump's acolytes in important state races like those in Pennsylvania, Nevada, and Arizona. The Democrats, contrary to expectations, held on to key governorships, and in Michigan also flipped both houses of the state legislature. Moreover, there was no election day violence, or charges by defeated Republicans of election rigging. Americans overall voted peacefully and normally.___STEADY_PAYWALL___

Then, on Nov. 10, the Ukrainian army entered the city of Kherson, following a bizarre Russian announcement that they were withdrawing from the city. The Ukrainians did this without the kinds of artillery bombardments that are a Russian trademark, and were greeted with amazing scenes of joy as the citizens of that city came out of their basements to welcome their liberators.

The longer term implications of these two events will be momentous. I think Tuesday’s election marks the high water mark of Donald Trump’s threat to American democracy. As I noted in an earlier post, the way out of our current polarization is via the Democrats winning a series of elections. Trump’s takeover of the Republican Party has been so thorough that some kind of spontaneous uprising against him from within the party is about as likely as Putin being swept away in a color revolution. Only by suffering a series of electoral defeats will Republicans realize that Trump is a huge liability to their brand and future success, something that publications in the Murdoch empire finally began to admit.

Similarly, the Wall Street Journal denounced Trump on Wednesday as the “Republican Party’s Biggest Loser,” pointing out that he has now led the party to defeat in four consecutive elections.

Many observers have become cynical over time and have reminded us that there were many moments in recent years—Access Hollywood, drinking bleach to cure Covid, January 6—that were touted as turning points where Trump’s influence would begin to wane. But while many in the party will again line up with him in the near future, the likelihood that he could actually be re-elected in 2024 has become much smaller. If he does re-establish himself as the unopposed leader of the party—something quite likely at this point—they will have selected their weakest possible candidate. Tuesday’s vote demonstrates that Americans fervently dislike Trump’s brand of divisive politics despite high inflation and crime. Trump-endorsed candidates ran behind their normal Republican peers all over the country. Republicans turning away from him now will not be doing so because they’ve seen the light regarding the importance of character or the dangers of populism, of course; they’ll do so because they want to win. But while populism will survive, the extreme danger to American democracy posed by Trump’s concerted effort to undermine the electoral process has receded.

The Ukrainian liberation of Kherson also has important long-term implications.  They have inflicted huge losses on the Russians in recent days, including thousands of likely casualties among the mobiks mobilized after Sept. 21 in a chaotic and incompetent process. The Ukrainian takeover of the right bank of the Dnipro River gives them a clear defensive line against a future Russian attack, and puts a good part of the Crimean Peninsula within HIMARS range. There is a real possibility that they could retake Crimea itself. While a Ukrainian crossing of the Dnipro and a move into the peninsula through the narrow isthmus will be militarily difficult, the Russians will themselves face huge logistical difficulties supplying their forces. The Ukrainians will likely liberate Nova Kakhovka on the left bank soon, and then be able to once again cut the canal supplying fresh water to Crimea. And they can re-attack the Kerch Strait bridge.

There are at this point several longer-term possible outcomes. The only one pointing to a sustainable solution to the problem (which, to remind, is Russia’s determination to annex Ukraine) is regime change in Moscow. No one can predict if and how this will happen, but Putin’s humiliation at this point will be pretty thoroughgoing and Russian history suggests failed leaders don’t last long.

If Putin stays, he could escalate his long-range strikes against Ukrainian infrastructure using Iranian ballistic missiles, and there is always the possibility of his using nuclear weapons. The former is far more likely than the latter, but even that may not materialize as Ukrainian air defenses improve with Western help and the Iranians themselves come under pressure to desist from lashing themselves to a corpse. Neither type of escalation is likely, however, to drive the Ukrainians to surrender; this is what the history of strategic bombing tells us.

The final scenarios then revolve around the extent of future Ukrainian military victories. It is within the realm of possibility that Kyiv could drive the Russians all the way back to where they were before 2014, including as noted above liberating the Crimean Peninsula. This will inevitably be a very hard slog. If they succeed in getting back to at least the Feb. 23 lines, it is conceivable that Kyiv might consider a ceasefire, though with many conditions. Russia’s blockade of southern Ukrainian ports would have to be neutralized either militarily or through some form of diplomacy. I assume that any deal negotiated with Putin at such a hypothetical point will last only as long as it takes for him to rebuild his forces and have another go at Ukraine. So it is important that Ukraine recover territory that is strategically and economically vital for its long-term survival. In this respect, liberating the whole of Kherson and Zaporizhzhia oblasts is more important that recovering the whole of the Donbas. The south of Ukraine is the sine qua non of defense against a future Russian invasion, and economically vital to Ukraine’s ability to export.

The two happy events of the past week occurred on opposite ends of the world, and yet are closely linked to one another. The number of House Republicans voting against aid to Ukraine has steadily increased with every successive vote; both Minority Leader Kevin McCarthy and Marjorie Taylor Greene have suggested that such support may stop or be curtailed in the future. A red wave would have accelerated this shift, but is now much less likely as the Republicans cling to the narrowest of majorities in the House. Hostility to Ukraine and sympathy for Russia run deep in MAGA-land, but that movement is for now on its back foot. So the enormously productive partnership of the U.S. and NATO with Kyiv is safe for the time being.

All around, it has been a good week.

Image: Ukrainian forces in a joint operation along the Azov coast. (Flickr: Ukrainian Ministry of Defense) 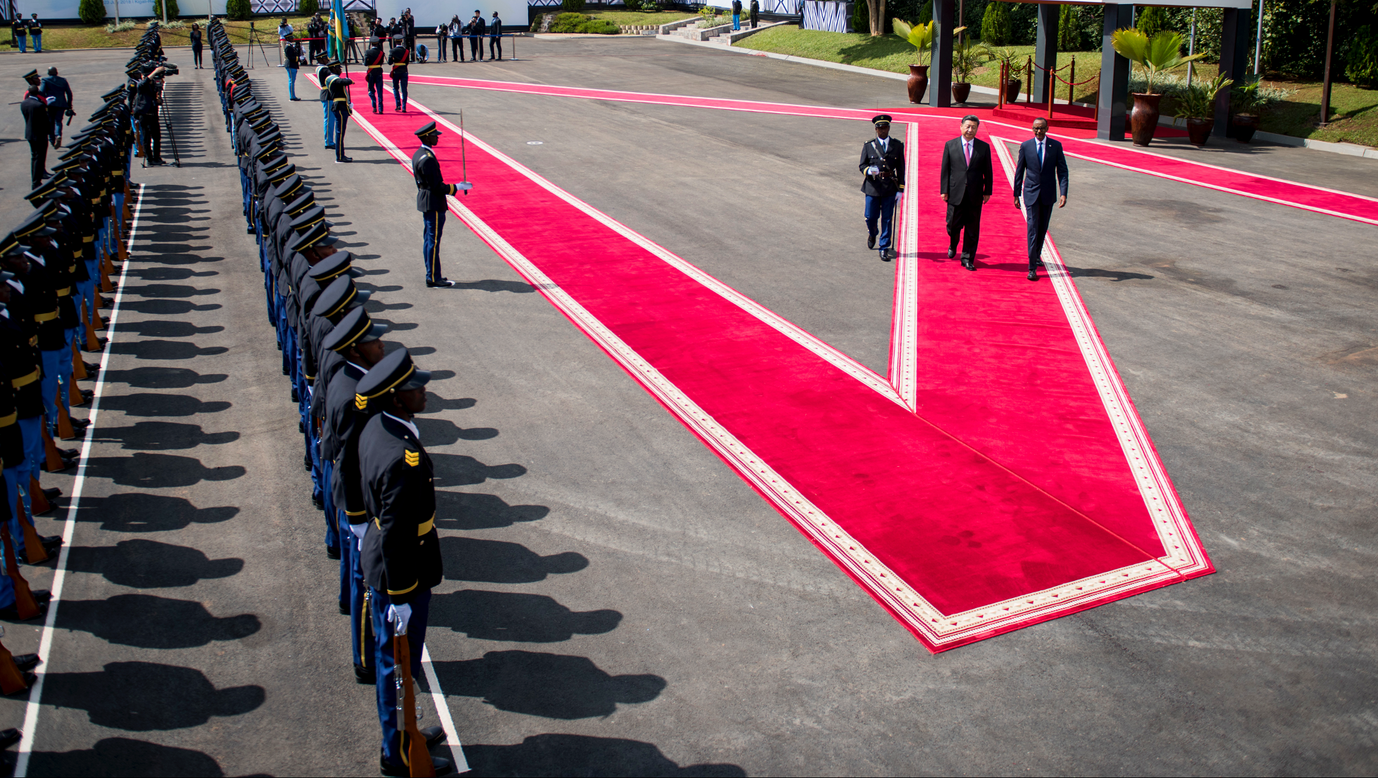