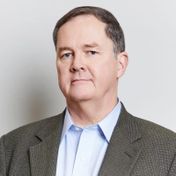 Thomas O. Melia, a contributing editor of American Purpose, is senior foreign policy advisor for Senator Benjamin Cardin. He is former Washington Director of PEN America, the writers organization.  During the Obama-Biden Administration, he served as deputy assistant secretary of state and later as assistant administrator of the U.S. Agency for International Development. Earlier in his career, he held senior positions at Freedom House, the National Democratic Institute, and the Solidarity Center, and in the office of Senator Daniel Patrick Moynihan. Melia has also been a visiting professor at Princeton, Georgetown, and Johns Hopkins universities.