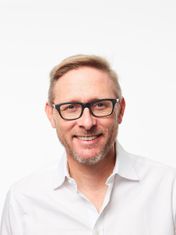 Nils Gilman is the vice president of programs at the Berggruen Institute, in which capacity he leads the research program, directs the resident fellowship program, and is also deputy editor of Noema Magazine. He has previously worked as associate chancellor at the University of California, Berkeley, as research director and scenario planning consultant at the Monitor Group and Global Business Network, and at various enterprise software companies including Salesforce.com and BEA Systems.

Gilman has won a Sidney Award for long-form journalism from the New York Times and an Albie Award for international political economy from the Washington Post. He is author of Mandarins of the Future: Modernization Theory in Cold War America (2004) and Deviant Globalization: Black Market Economy in the 21st Century (2011), as well as numerous articles on intellectual history and political economy. Cofounder of the Transition Integrity Project in 2019, Gilman holds a B.A., M.A., and Ph.D. in History from U.C. Berkeley.