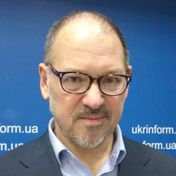 Adrian Karatnycky, a contributing editor of American Purpose, is a senior fellow at the Atlantic Council, where he is co-director of its Ukraine in Europe program. He concurrently serves as co-executive director and board member of the Ukrainian Jewish Encounter. For over a decade, he served as president of Freedom House, a U.S.-headquartered international NGO focused on the advancement and monitoring of democracy . There he directed the annual landmark Survey of Freedom in the World. In the 1980s, As an official with the AFL-CIO, Karatnycky coordinated assistance to Poland's Solidarity and other free-trade unions movements in the communist bloc. He is co-author of three books and editor of  over twenty volumes. and has contributed hundreds of articles to the New York Times, Washington Post, Foreign Affairs, Foreign Policy, the Atlantic, Politico, the Financial Times, National Review, Die Welt, the Wall Street Journal, and other periodicals.  He is at work on a history of modern independent Ukraine, 1991–2021.