Back in 2006, I published a collection of writings under the title Meditations of a Militant Moderate. The alliterative appeal of the title aside, the idea was to celebrate a mode of thinking about public issues—fact-based, respectful of conflicting values, collaborative, solution-oriented—that seemed endangered. Today, that idea seems almost quaint.

Our need for a more moderate form of discourse and politics is, alas, much more urgent than it was in 2006. Then, the national conversation about politics was fraught, to be sure. President George W. Bush, whose victory in 2000 had depended on a few Supreme Court justices, was increasingly unpopular. The shock of September 11 was still fresh in our collective mind. The war in Iraq, after a lightening-swift initial victory (but no weapons of mass destruction to seize), was metastasizing into seemingly endless savagery throughout the Middle East and Afghanistan. Corporate scandals involving Enron and others had shaken public confidence in our business institutions. Congress, still smarting from the bitterness of a presidential impeachment and the scorched-earth tactics engineered by then-House Speaker Newt Gingrich, had become more partisan than at any time since the Civil War.

Our public discourse has steadily coarsened since then. In ideological and personal confrontations, martial analogies applied to domestic politics no longer seem hyperbolic. The animosity and vituperation that now divide partisans, fellow citizens, their neighbors—and even family members—have reached apparently unprecedented levels. Just before the 2020 elections, nearly 40 percent of Democrats and 40 percent of Republicans said that they would be somewhat or very upset at the prospect of their child marrying a person from the opposite political party.The sharp partisan divisions over Covid vaccinations and the sometimes violent divisions evident in the wake of January 6 have likely sharpened these divisions. Perhaps most alarming is the rising support throughout the system for partisan violence against political opponents, documented in a new study by social scientists Nathan Kalmoe and Lilliana Mason. The almost routine resort to criminal sanctions against political opponents—used both by and against former President Donald Trump—is another sign of these extremist, “banana republic” tendencies.

This more open acceptance of violent rhetoric and behavior, and the inclination to criminalize political competition, are manifestly illiberal and anti-democratic; they tend to chill debate, stifle competition, discourage civic-minded citizens from actively participating in public affairs, raise the stakes in decision outcomes, and seed the entire political realm with corrosive cynicism and mediocrity. Militancy there is aplenty, but it is not remotely moderate.

What, then, is the case for an alternative stance—moderation—toward fellow citizens who in their views, aspirations, and actions seem increasingly to be rejecting it? First, one must clarify what moderation means. We can begin by recalling—and rejecting—a famously pithy formulation proclaimed by presidential candidate Barry Goldwater in 1964: “Extremism in the defense of liberty is no vice,” while “moderation in the pursuit of justice is no virtue.” In a liberal democracy, both of these sentiments are wrong for one fundamental reason: the notions of justice and liberty have no uncontested meaning; they must always be defined through public debate over—and application to—specific situations that entail inescapable trade-offs among values that compete both normatively and empirically for our allegiance.

In contrast, the notion of militant moderation is both coherent and attractive—even though it does not dictate policy outcomes in specific disputes or on a left-right continuum. “Moderation” refers to an orientation to a substantive issue relative to other possible orientations to that issue, while “militancy” denotes a high level of conviction about how issues should be resolved, and a willingness to advocate and act on that conviction. Moderation might also include endorsing liberal means to conservative ends, or vice versa. So much for definitions.

But why might one think that moderation is a virtue in the first place? After all, we all know of complaisant people who will pay almost any price to avoid controversy. Some people, including certain politicians, seek compromise for its own sake. This stance might be because they believe (or act as if they believe) that the truth of any matter in dispute is always located somewhere in between contending positions. The same stance, however, might be for another reason—one sometimes held by decision-makers who have already invested lots of time and resources in trying to find a solution: They may believe that almost any solution is better than an impasse. On the other hand, radical evil and heroic goodness do exist; some extreme positions are actually correct; and even incorrect extremes can exert salutary pressures on status quos that rest on little more than political inertia and embedded injustice.

Today, the virtues of moderation in our politics and in civil society need more emphasis and celebration than perhaps at any point since the Vietnam War and Watergate. But again, what are those virtues? The defense of moderation in political and social life more generally goes back to Aristotle, who offered its (literally) classic defense. The nobility of individual character, he argued, depends on mediating between the antipodal excesses of human conduct and feeling to which we humans are inclined. For him, cowardice, rashness, surliness, and flattery are vices while courage and friendliness are virtues. Moderate temperament and disposition, in his view, are constitutive not only of private morality but of civic virtue and social health. His ideal of the golden mean was meant to cultivate the character needed by a good society and healthy polity.

Yet moderation is most valuable precisely when Aristotelian virtue is in short supply, which seems to be the case today when even teaching virtue in our public schools is hotly contested. Under current conditions, then, the case for moderation must be made mainly on policy grounds. When the questions at issue are daunting for political or substantive reasons, neither simple ideology nor simple morality provides much useful guidance for the hard work of problem-solving. Ideology (other than that of pragmatism) lacks the suppleness needed to apprehend and act upon complex, fluid social facts. Morality, for its part, usually cuts in more than one direction. Ideology and morality, then, can be useful starting points for pursuing policy solutions, but the roads that they mark quickly run out when they encounter complexity, conflict, and implementation challenges.

President Biden’s experience so far in swiftly enacting and implementing certain of his policy priorities while failing on others reveals both the demands and the political virtues of a moderate course—in this case, necessitated by razor-thin majorities and with provisions that provide future protection to both parties. His huge American Rescue Plan won early passage despite its $1.9+ trillion price tag because it promised to spread the money to every congressional district and thus benefit a very broad swath of the American public, while spreading the costs over many years through more opaque, long-term deficit spending rather than through higher, more visible taxes in the short term.

In sharp but telling contrast, his Build Back Better plan and voting rights legislation have foundered because they raise sharp ideological and partisan issues—questions of both principle and electoral advantage. These are harder to compromise over (although incumbent-protecting electoral maps may foster such consensus). If any ground is to be gained in enacting these especially divisive bills, the legislators will probably have to focus on certain provisions—amending the Electoral Count Act, for example—that are more procedural in nature and whose partisan impacts are more likely to even out over time. In every way but rhetorically, Biden has had to abandon much of the progressive agenda—the Green New Deal, redistributive tax and social spending policies—that helped win him the Democratic nomination.

These forms of moderation fly under the flag of incrementalism, which is perhaps moderation’s most familiar form in political life. But although moderation is ubiquitous, it is seldom exciting; it rarely makes the heart race or the spirit soar. Unlike scientists and engineers who often discover new facts and techniques enabling them to solve problems with large social payoffs, public policymakers must work with a limited set of familiar tools. They generally offer old wine in new bottles, as their opponents are only too eager to point out.

One can embrace militant moderation, then, for many reasons—none of them exhilarating, but all indispensable to the health of a complex, extraordinarily diverse democracy like ours. Today, powerful actors of all ideological stripes—from the 2020 election deniers on the Right to the “cancel culture” and systemic racism diehards on the Left—are all too eager to suppress that diversity through belligerent demands for Procrustean conformity to one or another view.

Moderate optimists might believe that the nation’s political temperament remains firmly moored to the moderate liberal tradition famously celebrated by sociopolitical sages like Harvard’s Louis Hartz and Arthur Schlesinger, Jr., in the 1950s and 1960s, which repudiated the presidential candidacies of both Goldwater and George McGovern. This tradition favored private, lightly regulated markets; a stable two-party system controlled by party professionals; a “civic religion” of constitutionalism and patriotism; strong roles for the states even in federally-run schemes; and a diverse, vital civil society of private firms, flourishing religions, solid families, robustly protected free speech, and a vast independent sector. Even Ronald Reagan and the Bush presidencies’ nominal conservatism could fit fairly comfortably within this moderate, classically liberal framework.

That world survives today mostly in nostalgic memory. The two parties are weak, unable or unwilling to control their most extreme factions. The Trump presidency tested, and often crossed, vital constitutional guardrails, stretching the rule of law beyond recognition and often treating the government as his personal plaything. Trump’s refusal to acknowledge his electoral defeat in the face of compelling evidence created a constitutional crisis and fostered an insurrection whose criminal character continues to haunt the nation. The Republican Party has ceased to be a loyal opposition even as it fosters treasonous conspiracy theories. Religious membership has withered, along with already fragile levels of family cohesion. The federal debt exceeds previous levels, with fiscal crises looming in Social Security and Medicare for which the only solutions are sacrifices that the current polity is unwilling to make. Shared values seem scarce, and young Americans’ knowledge about and commitment to nonviolent democracy is worryingly limited. The pandemic has revealed American society as sharply divided over the most fundamental precepts of public health and civic obligation to protect one’s neighbors against a common threat.

The militant moderate’s role today, then, is to stand athwart history and yell—what? Not “Stop!” (as William F. Buckley urged conservatives to do), nor “Bring on the revolution!” (as Leftists often exhort society to do). Experience teaches that these stances lead to uncertainty, disruption, futility, divisiveness, irrationality, and too often blood on the floor. A militant moderation urges us, instead, to reason together to determine which compromises must be made in the public interest, how their net benefits can be maximized and fairly distributed, and how they can then be implemented. Insisting in this technocratic spirit that the alternatives are likely worse is not a glorious battle cry. But it is the truth.

Peter H. Schuck, Baldwin Professor of Law Emeritus at Yale Law School, is Distinguished Scholar in Residence at NYU Law School and author of many articles and books on law, public policy, diversity, immigration, and other subjects. 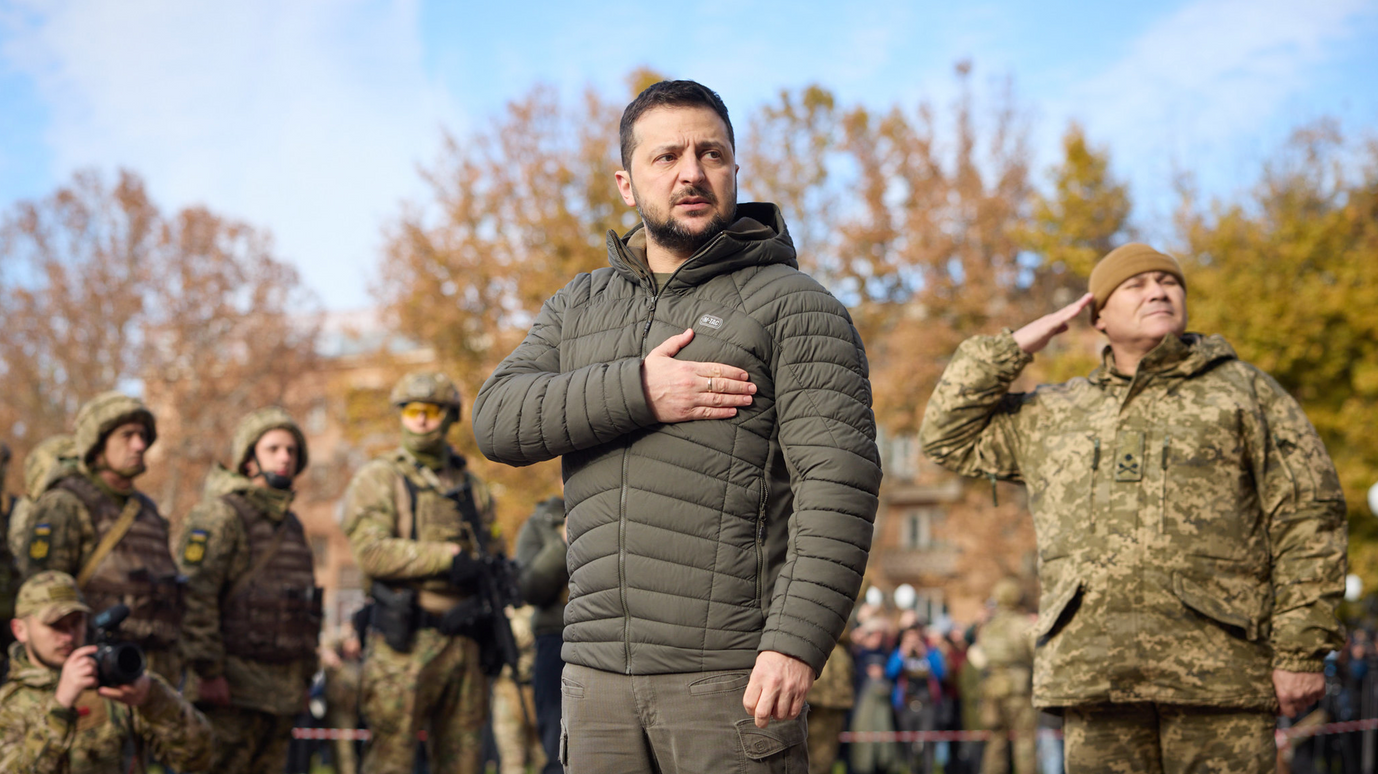