As we approach Moscow’s May 9 Victory Day parade marking the end of World War II, remember that post-communist Russia’s glorification of the Nazi defeat was already underway when Vladimir Putin first became president more than two decades ago. The celebration picked up in the late 1990s, when politicians—especially after NATO’s 1999 bombing of Serbia and widespread fatigue over years of economic crisis and Westernizing reform—resumed the old tradition of turning foreign conflict into a test of loyalty to the Motherland.

Moscow’s powerful mayor at the time, Yuri Luzhkov, took an early lead in returning Soviet imagery to the capital, draping central buildings with banners depicting wartime military medals. Combining free-market economics with a command-style administration that micro-managed most aspects of city life, he ransacked the symbols of centuries of Russian history to legitimize his rule. He sometimes dressed up in a costume portraying Yuri Dolgoruki, Moscow’s supposed medieval founder.

Putin was a careful student of such political showmanship. When his time came, he picked and chose a pastiche of Communist and tsarist symbols to peddle his nativist ideology. He once compared himself to Pyotr Stolypin, the ruthless 19th-century reforming prime minister. Far more telling has been his appropriation of Communist pomp. When tanks and missile carriers returned to Red Square for the May 9 parade in 2008, for the first time since the Cold War had put an end to such displays of military hardware, the spectacle preceded by just three months another post-Soviet first: the invasion of a sovereign neighboring democracy, Georgia.

That conflict marked a major new stage in the steady ratcheting-up of foreign confrontation driven by the logic of Putin’s kleptocratic authoritarianism. Legitimizing his ever-more-repressive regime by evoking external existential enemies, his rhetoric has deftly tapped into not only Soviet nostalgia but also older Russian political culture, including the anti-Western screeds of the 19th-century Slavophiles who blamed Peter the Great’s Westernizing reforms for diverting Russia from its supposedly natural Byzantine traditions. Putin has posed as the country’s sole savior, a myth that has worked all the better for Russians’ reluctance to ponder their real often-disappointing history.

The Kremlin’s war on Ukraine has now brought about a climax to Putinism’s twenty-year development. If the overarching motive has been the consolidation of Putin’s power, the chief aim of the Ukraine conflict is to make him into a version of the most powerful, destructive, and terrible of all Russian leaders: Josef Stalin.

Others have also compared Putin to the Soviet dictator, but his own positioning may not be immediately apparent. In domestic as well as foreign policy, he has long negotiated a fine line meant to establish neo-Soviet rule without the excesses that helped bring down the USSR. Pursuing a KGB-minded, zero-sum confrontation with the West, Putin nevertheless appeared careful not to become involved in, for instance, another Afghanistan. In previous military conflicts, including Russia’s campaign in Syria and its first invasion of Ukraine in 2014, the Kremlin’s involvement could have been easily ended and denied, if not necessarily plausibly. And when a weak new government in Kyrgyzstan pleaded for Russian peacekeepers to help avert looming ethnic violence in 2010, Moscow unexpectedly declined the opportunity to deepen its influence there, possibly for fear of entanglement in a civil war.

How, then, to explain the intractable devastation of Putin’s war on Ukraine? The incomprehensible barbarity and the destruction of Russians’ own way of life, in addition to that of the Ukrainians? The international backlash that threatens to help bring down his regime sooner or later? Is he suicidal?

Clues lie in Putin’s consistent use of violence to sustain his rule, beginning with the series of apartment bombings that killed innocent Russians in 1999 and helped bring Putin to power. They were almost certainly staged to create a pretext for launching a war that would flatten Chechnya and rally voters to support a man who was then a political nobody in what became his first, landslide election.

The subsequent years of ever-grander military parades, the lionizing of the victory over Hitler, and the praise of Stalin as an “effective manager” have helped lead to the current confrontation: How else could Putin effectively pose as an equally potent leader without his own version of World War II? All the horrors of Nazi-style atrocities broadcast from Ukraine, the terrible images of devastated cities and villages, blamed on Ukraine and the West, evoke Soviet glory, underscoring Putin’s status as sole savior.

The criminalization of any slight sign of dissent, with Putin’s totalitarian-style exhortations to “self-purification” and Russians again denouncing each other to the authorities—neighbor against neighbor, schoolchildren turning on teachers—taps into the memory of Stalinist terror, too, again reinforcing his image of an all-powerful ruler.

Ukraine’s destruction also draws on deeper reaches of Russia’s cultural DNA. It took a couple of hundred years after the demise of the civilization called Kyivan Rus—based around present-day Kyiv—for a group of burgeoning Slavic principalities far to the north to begin appropriating its culture in earnest. The young medieval state of Muscovy, which got its start in the 15th century, would eventually form Russia and go on to swallow broad swaths of what is now Ukraine, justifying its conquest with the creation myth that Rus’s real successor was the Russian empire. Ukrainians, the logic went, were fit only to be Moscow’s subjects. The genocide that Stalin unleashed on Ukrainians in the 1930s, the mass starvation they call the Holodomor, followed that reasoning.

Of course, Putin is no Stalin, who oversaw massive industrialization and economic expansion. By contrast, Putin’s main achievement has been the building of a kleptocracy enriched by the plunder of natural resources, sustained by the Soviet infrastructure he inherited along with its retread myths. For the sake of this façade, he now presides over economic disaster and international isolation.

Putin’s show will be on full display on May 9, when he and his propaganda machine will presumably boast of the army’s success in Ukraine. For Western countries, however, a failure to ensure Moscow’s total military rout would present greater risk than the Kremlin’s nuclear bluster. The West must do everything possible to finally bring the curtain down on Putin’s theater along with the twenty-two year juggernaut of his rule.

Gregory Feifer is executive director of the Institute of Current World Affairs in Washington and author of Russians: The People Behind the Power (2014). He is currently writing a biography of the Russian politician Boris Nemtsov.

Over the past few weeks, we have been treated to two major examples of disastrous decision-making by authoritarian great powers. The first was, clearly, the Russian invasion of Ukraine, which to date has killed tens of thousands of innocent Ukrainian civilians. The cost to Russia has been enormous as well, 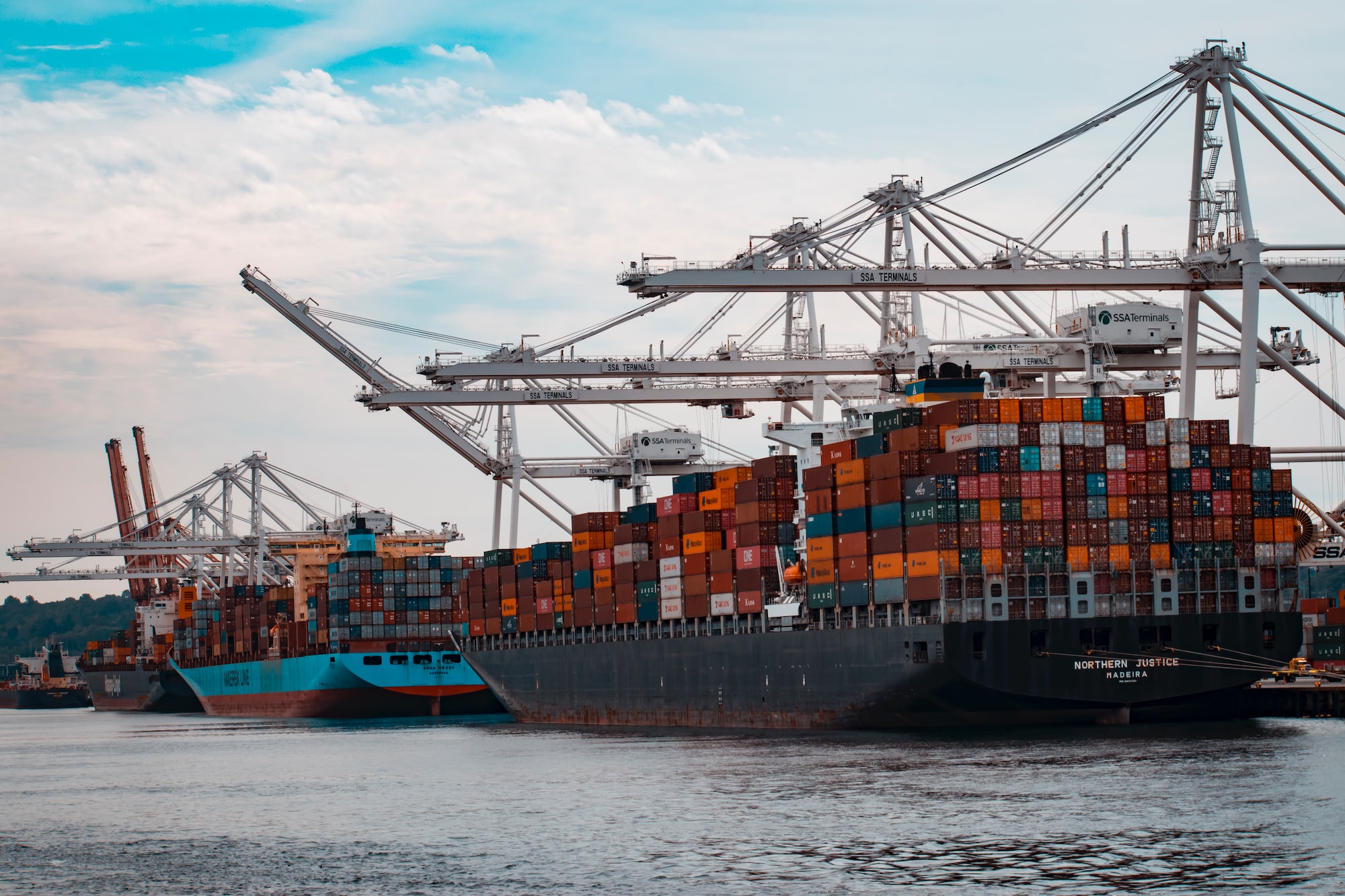 Since my relatively optimistic post of March 10, nothing has happened that fundamentally contradicts the analysis. Media coverage of the war has began to acknowledge the significant gains made by Ukrainian forces a week ago, and now the Russians are clearly pulling out from the area around Kyiv. You don’

May 17, 2022: Francis Fukuyama discusses his new book, "Liberalism and Its Discontents"