The prosaic walk-into-a-bar joke poking fun at national idiosyncrasies is popular among most Europeans, with one exception. Germans, steeped in an ethos of moral repentance, are typically self-effacing about what their homeland has contributed to the West. But for the value-neutral realms of car-making, liberal rationalism, and technocracy, they remain loath to put themselves forth as an example for others—particularly their European neighbors.

The historical wellsprings of this unassuming psyche are well known—Germany is the country perennially coming to terms with its past—but there is a paradox about German self-effacement and the way the country is increasingly perceived elsewhere. Even as the poster child of Francis Fukuyama’s End of History has built a political culture since reunification around post-national universalism, Germany’s frictions with the rest of Europe have not abated, but rather swelled. Its internal politics and regional leadership have set the tone for everything from the Eurozone’s response to the 2008 crash to the EU’s irregular welcoming of over one million asylum-seekers in 2015 alone. Apart from Germany acing the coronavirus challenge, German fits of helm-taking amidst European storms keep eliciting suspicion rather than trust. Germans may see in this a natural extension of Angela Merkel’s leadership, but the notion that a power vacuum at Europe’s heart is for Germany to fill is precisely part of the mixed legacy that postwar Germany is staked on transcending. If Germany has faded from the German mind, though, it looms ever larger in the minds of its neighbors.

To be sure, there are many reasons to love and hate Germany, and although most are compatible, the novelty in John Kampfner’s ode, Why the Germans Do it Better, lies in its unambiguousness. This is not to say Kampfner lacks nuance—he is a veteran journalist who reported from both sides of the Berlin Wall—but simply that he depicts the entirety of German life in a flattering light, even when some of these flattering traits coexist awkwardly in the minds of Germans themselves. When I asked him how to square Merkel’s tough-on-Putin sermonizing with her choice to let Gazprom sell gas cheaply across Europe through the Nord Stream 2 pipeline project, Kampfner’s instinct wasn’t to call out Merkel for hypocrisy but to echo her whataboutist script.

Kampfner has long been a staunch Germanophile, but what triggered him to write this Sunday Times bestseller was, in his own telling, the sense of being caught between the diverging destinies of his adopted Germany and his native United Kingdom. Granted, the twin shocks of Brexit and Trump in 2016 have done a lot to undermine the Anglosphere’s cachet for temperance and liberal competence, especially if you don’t deem populist upsets a healthy corrective to unaccountable elites. But in hailing Germany as the reluctant yet ideal replacement to the United Kingdom and the United States—as the last bulwark of liberal democracy in a world overrun by demagoguery and division—Kampfner in turn overhypes precisely the aspects of German life that set it negatively apart from its Western allies. This will please the falsely modest sensibilities of Germany’s bien pensant establishment, and that’s precisely a symptom of Kampfner’s skewed lens, for it is an establishment that risks losing touch entirely with the rest of Europe.

Start with economics. In several ways, Germany’s decade of sluggish growth in the 1990s—earning it the old “sick man of Europe” sobriquet—was a prequel to 2008. Its miraculous recovery throughout the 2000s hinged on a painful mix of spending cuts and structural reforms. When the Germans then imposed similar austerity to contain ballooning debts and deficits in the wake of the Eurozone crisis of the early 2010s, many viewed those policies as catering to the inflation-averse German pensioner class at the expense of the southern periphery. But this is only partially true, and for conflicting reasons. In the eyes of the Germans, the more profligate south tightening its belt when its own chips were down was a matter of mere fairness.

And fair it was in a way, except that Germany’s so-called Hartz reforms of the early 2000s—though certainly painful at the time—also gave it a first-mover advantage of sorts, by allowing it to hone its exporting prowess through trade imbalances with the southern Eurozone that have only widened since. Enhancing German competitiveness by loosening labor market rules was necessary to dig the country out of its 1990s stasis, but in the rest of Europe this proved counter-cyclical. German exporters found across Spain, Italy, Portugal, and Greece buoyant consumer markets unhampered by the austerity that reigned back home, spurring a massive trade surplus that later provided both a buffer against 2008 and further cause to keep the euro strong—at the south’s expense.

Apart from a strong euro and a loose labor market, there’s a third leg to the stool of Germany’s economic triumph, a factor that helped make the Hartz reforms palatable. Germany’s workforce is one of the world’s best trained and most productive, owing as much to a visionary focus on vocational training as to the structure of German industry itself. Amidst neighboring deindustrialization, Germany’s Mittelstand network of highly specialized medium-sized businesses ensured that millions of stable livelihoods endured—one more buffer that has helped insulate Germany from the populist backlash experienced elsewhere. It is this combination of high productivity through long-term investments in human capital and export competitiveness based on a loose labor market, more than any easily exportable template for fiscal or monetary policy, that has made Germany the economic miracle it is.

The imperative of robust growth along these lines to fund a sustainably generous safety net wasn’t lost on Alfred Müller-Armack, who in the late 1940s coined a term that has come to define Germany’s particular policy outlook: social market. It is only through a maximal degree of dynamism untrammeled by social policy, Müller argued, that a generous social policy becomes sustainable through the proceeds of that dynamism.

As more countries grapple with the false choice between dynamism and social insurance, Müller-Armack’s formula is again coming to the fore, although never under his name. The Niskanen Center, a heterodox right-of-center think tank in Washington, advocates for what it calls a “new policy synthesis” between creative destruction and generous social benefits, but its “Faster Growth, Fairer Growth” roadmap seems heavily inspired by Müller-Armack’s seventy-year-old framework. The qualms arise when that framework is applied to countries where the economic fundamentals are paltry, both in terms of aggregate human capital and of the opportunities for the highly educated to work productively in jobs that match their skillset. Kampfner is right to celebrate Germany’s success model, but a critique of how it has been unthinkingly applied to European neighbors that aren’t ready for it would have bolstered his case.

It was in the context of that application that placards caricaturing Angela Merkel mustached à la Hitler infamously dotted Athens’ Syntagma Square. Beyond austerity, often pliantly shepherded by native centrist elites, the migration crisis of 2015 may go down in history as Germany’s worst failure to foresee the repercussions of basing EU-wide policies on its own unique psyche. To this day, Merkel justifies her decision to open up Europe’s gates that year in the language of moral repentance for past sins. Seventy years on, this impulse suggests the Holocaust still hangs as a Damocles’s sword over policy choices Germany plays a disproportionate role in making for countries with vastly different sensibilities.

Only Germans will get to judge whether the move was right for them at the time. Beyond the timid rise of the right-wing Alternative for Germany across the former East Germany, a victory by the more conservative of Merkel’s wannabe successors at the upcoming Christian Democratic Union (CDU) primary next year could portend interesting shifts. Such a candidate could potentially ride the CDU to a majority where it no longer needs to form a grand coalition with the center-left Social Democratic Party (SPD).

As for the countries where Merkel’s sentimental judgment call was seen as an undue imposition, the denouement is clear. Though they have since picked up, the views of Germany within Italy and Hungary dropped substantially in the wake of the 2015 migration crisis, with a similar trend at work in the United States. The way Germany has subsequently sought to castigate Central European governments that dissent from the EU’s proto-federalist direction of travel hasn’t helped. In late September, European Parliament Vice President Katarina Barley of the SPD called on German radio for the EU to “financially starve” Hungary and Poland for purported rule of law violations, the World War II connotations of which need not be detailed.

But the most glaring dispute between a Germany fully past History’s End and a Europe unwilling to follow suit may still lie in the future, pitting it not against its recalcitrant neighbors to the east but against the European power without which Germany’s vision of EU integration falls apart: France. Germany remains the insurmountable holdout toward achieving Emmanuel Macron’s Euro-Gaullist vision of European sovereignty—an EU strategically autonomous from U.S. patronage and uninhibited in its realpolitik exercise of power. Germany’s realist reckoning with the threats of a world in turmoil is the future always prophesized but never realized, as its NATO-delinquent underspending on defense still attests.

This isn’t just a failure of strategic thinking or an overconfidence in liberal internationalism that dismisses the use of force as an outdated tool. As Kampfner himself reckons, the problem lies too in corporate capture of German—and by extension EU—foreign policy. For German CEOs, Chinese consumer markets were the “gift that kept on giving” after China’s WTO accession, and their intense lobbying worked to blind policymakers to the looming clash of values between China and the West. When the European External Action Service, the EU’s diplomatic arm, faced China’s threats of retaliation for documenting the country’s disinformation efforts around COVID-19, Germany’s ambassador in Beijing interceded on China’s behalf to tone down the still unreleased report, whitewashing China’s reckless interference in EU affairs in the process.

When it comes to cloaking German power in the appearance of a benign supranational technocracy, the lessons of the past seem less well absorbed. Perhaps Germany, as Kampfner argues, is still a tad reluctant to pick up the mantle of liberal democracy’s crusading state. Or perhaps it is already filling those shoes too well, in which case liberal democracy seems headed for some sour disillusions.

Jorge González-Gallarza is the co-host of the Uncommon Decency podcast on European issues and an associate researcher at Fundación Civismo. 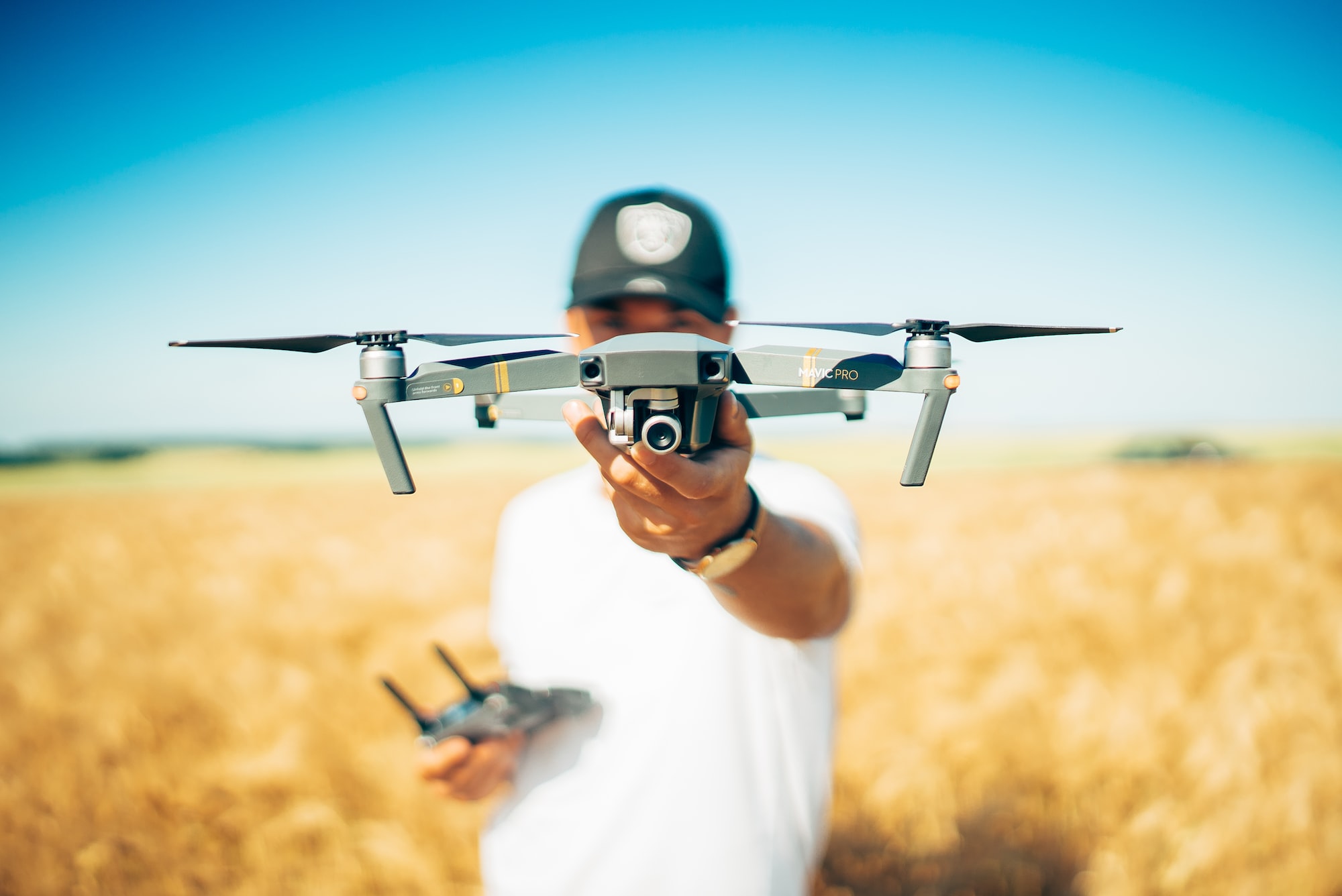 After a time-out of nearly ten years, I finally decided to return to building and flying drones. I had done this quite intensively after I first moved to California in 2010, getting help from Chris Anderson and his 3D Robotics colleagues, and wrote about how cheap drones would affect global

Before I get off the subject of infrastructure, I want to make a more general point about the nature of governance at this point in the 21st century, which has to do with social trust. I wrote a whole book on this subject back in the 1990s, but a lot