Anthony Bourdain was a hero—an Everyman (at least an upper-middle class Everyman) made good. He was a heroin addict cleaned up, a best-selling author, a celebrity chef (he hated the term), and an accidental yet quite brilliant journalist (he didn’t like that one, either).

After he published his New Yorker essay, “Don’t Eat Before Reading This,” in 1999 and followed it with his first book, Kitchen Confidential, in 2000, Bourdain left cooking at New York’s Les Halles, a respectable but not brilliant French restaurant, for the exotics of Tokyo, Phnom Penh, and beyond. He agreed to produce a book and a TV show about his travels.

But he was a novice traveler; his experience with the world was mostly aspirational. He wrote in A Cook’s Tour, his first travel book, that he wanted “the kind of adventure I’d found as a little boy in the pages of my Tintin comic books,” as well as in the works of William S. Burroughs, Graham Greene, and Joseph Conrad. He wanted the world to be “just like the movies.” It wasn’t; it never could be.

Bourdain killed himself in 2018. Roadrunner, Morgan Neville’s new documentary film about him, makes clear that Bourdain had just about everything in the world one could want; but it never lived up to the movies, and he was deeply unhappy. The vivacious Bourdain we saw on television was something of a chimera: Viewers never truly knew his pain; it seems he never truly knew happiness.

Roadrunner tells Bourdain’s story masterfully, putting this contradiction at its core. The film is an imperfect yet powerful testament to an imperfect man—who certainly did not want to be deified in death. One thinks that Bourdain would be pleased with Neville’s work.

Biographical documentaries are difficult to do well. They either feel like attacks or celebrations; rarely do they criticize and celebrate their subjects while showing us why they deserved a movie made about them.

Roadrunner succeeds on this front. We spend little time on Bourdain’s childhood, family, or, really, anything before 1999. We see Bourdain in the period in which we knew him, as he evolved from a handsome, awkward chef to a more polished, still handsome but graying famous figure.

The movie’s first hour celebrates his rise. We whip around the globe with him on motorbikes through the streets of Hanoi and Ho Chi Minh City. We peek behind the cameras, seeing him with friends in New York, playing with his daughter, and romancing his two late-life loves, Ottavia Buso and Asia Argento. We hear from his friends: chefs David Chang and Éric Ripert; artist David Choe; musicians Alison Mosshart and Josh Homme; and the crew that followed him around the globe. It is remarkably enjoyable for a film about a man who hanged himself.

Bourdain said that “[o]ne of the great joys of life is riding a scooter through Vietnam,” being “part of this mysterious, thrilling, beautiful choreography, thousands upon thousands of people … each an individual story glimpsed for a second or two in passing, sliding alongside.” So, too, is following Neville through his creation.

Perhaps the most remarkable segment of the film’s first half is previously unaired footage of Bourdain with his largely unknown first wife, Nancy Putkoski. Bourdain looks nervous. “It’s like the last vestiges of his old life,” Neville recently told The New Yorker.

Bourdain, says Neville, was “given everything he always wanted: money, and a chance to travel, and freedom.” Only then, though, does the director tell what the film is really about: “Does that find him happiness? Of course, it doesn’t, because happiness doesn’t come from external things.”

This message becomes clear in the film’s second half (which has some problems: It comes close to blaming Argento, Bourdain’s last girlfriend, for his death). Yet viewers won’t be surprised by how Neville drops the emotional hammer, especially because Bourdain tells us just a few minutes in: “Here’s a little preemptive truth-telling. There’s no happy ending.”

Roadrunner’s second half is nonetheless heartbreaking. Despite Bourdain’s showing us the world in all its glory, the world never lived up to his expectations. It always fell short of Tintin. For Bourdain, “life was a romantic idea, and reality was never going to live up to exactly how he pictured it,” says his friend and longtime producer Helen Cho. “He was always going to set himself up for disappointment.”

Just as Conrad found his “boy’s daydreams” dashed by the vicious realities of the Congo, the site of what he called the “vilest scramble for loot that ever disfigured the history of human conscience,” Bourdain’s visions of world fell short of real life.

Bourdain wrote about these feelings in an email to Choe. Neville uses AI, with the Bourdain estate’s permission, to make Bourdain “speak” the lines in the movie. Viewers have sparred over the ethics of making a dead man say something he only wrote. Neville’s own glib remark—“We can have a documentary-ethics panel about it later”—didn’t help his case. Still, it is not hard to see why he thought the device was worth the risk. As Brian Eno’s hypnotic song “The Big Ship” plays while Bourdain sits on a mountain ledge looking into the distance, Bourdain’s voice says, “My life is sort of shit now. You are successful, and I am successful, and I’m wondering, ‘Are you happy?’” Choe, on the verge of tears, tells us “how hard it must have been for him to reach out to someone and be like, ‘Hey man, I’m not doing well.’”

Roadrunner then reveals that Bourdain sent similar messages to more than a few people; but when they offered to help, he brushed them off. As his relationship with Argento came to an ugly close and he grew increasingly depressed, he became mean, firing long-time crew members and even, in a clear fit of projection, telling chef David Chang that he wouldn’t be a good father.

The film’s run-up to Bourdain’s suicide is gutting. We see how isolated he felt and how he refused to believe that people loved him or that he deserved their love. Instead, he became angry, inward, and cruel. Neville lets Bourdain’s loved ones paint their departed friend. They break into tears, angry with him for leaving them behind. “He let us down,” one says. “It was cruel.”

Bourdain never thought he’d live to 40; he was always surprised to have stumbled into fame. “For a long time, Tony thought he was going to have nothing,” his publisher, Dan Halpern, once told The New Yorker. “He can’t believe his luck.”

Roadrunner also shows that Bourdain never believed his success would continue. Seemingly afraid that it would all disappear, he worked maniacally, traveling some 200 days a year, not only to seize success but to outrun his demons.

“I’d like to be happier. I should be happy. I have incredible luck. I’d like to be able to look out the window and say, ‘Yay, life is good,”” he once told an Argentine therapist on his CNN show. The therapist then asked Bourdain if he ever felt that way. Without hesitation, he replied: “No.”

He seemingly thought that staying on the road would be a salve for what were clearly deeper problems.

Impatience keeps us on our toes; it drives us. But it also anesthetizes us, preventing us from living in the present. When you’re always rushing, as Bourdain was, you can’t enjoy what’s in front of you right now.

Near the end of his life, admitting to his unhappiness, he told colleagues he needed time off. They told him to take whatever time he needed, but he couldn’t bring himself to do it. He had to keep trying to catch the amorphous high that he was chasing.

Whatever it was, he never found it.

It’s easy to think of Bourdain as a modern-day Icarus who flew too close to the sun of fame and saw his wings inevitably melt. But one of the many tributes left outside Les Halles after Bourdain’s death, a poem, takes perhaps a wiser view: “Icarus didn’t fall. He was coming to the end of his triumph.”

Roadrunner is not a perfect film—its approach to Argento is unfair—but it succeeds by celebrating Bourdain’s triumphs without downplaying or sidestepping his mistakes. The result is a remarkably rounded picture of a recovering addict who lived on borrowed time but used it to become something of a genius.

In the end, the film persuades us that we got more of him than we probably should have; we should be grateful for that. Still, for the loved ones who remain and the gaping hole he left for the rest of us, it’s a tragedy that he couldn’t stay a little longer.

Charles Dunst, a contributing editor of American Purpose, is an associate with Eurasia Group’s Global Macro practice. He is also an adjunct fellow at the Center for Strategic and International Affairs. Twitter: @CharlesDunst 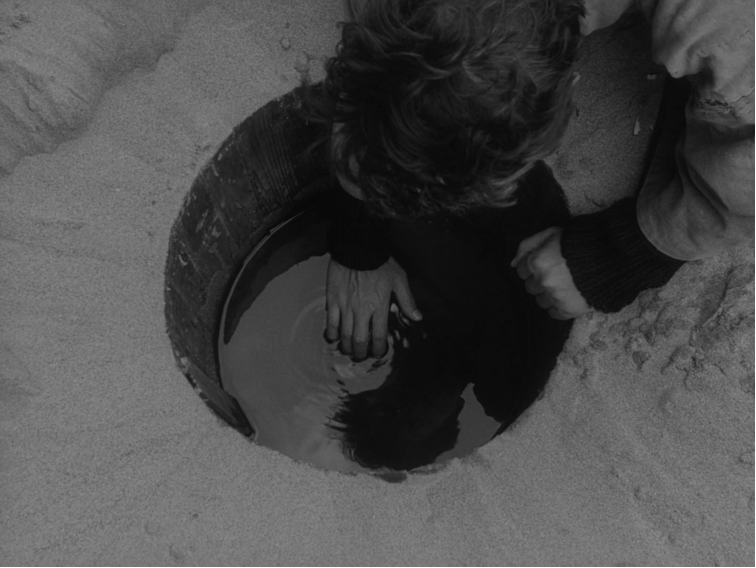 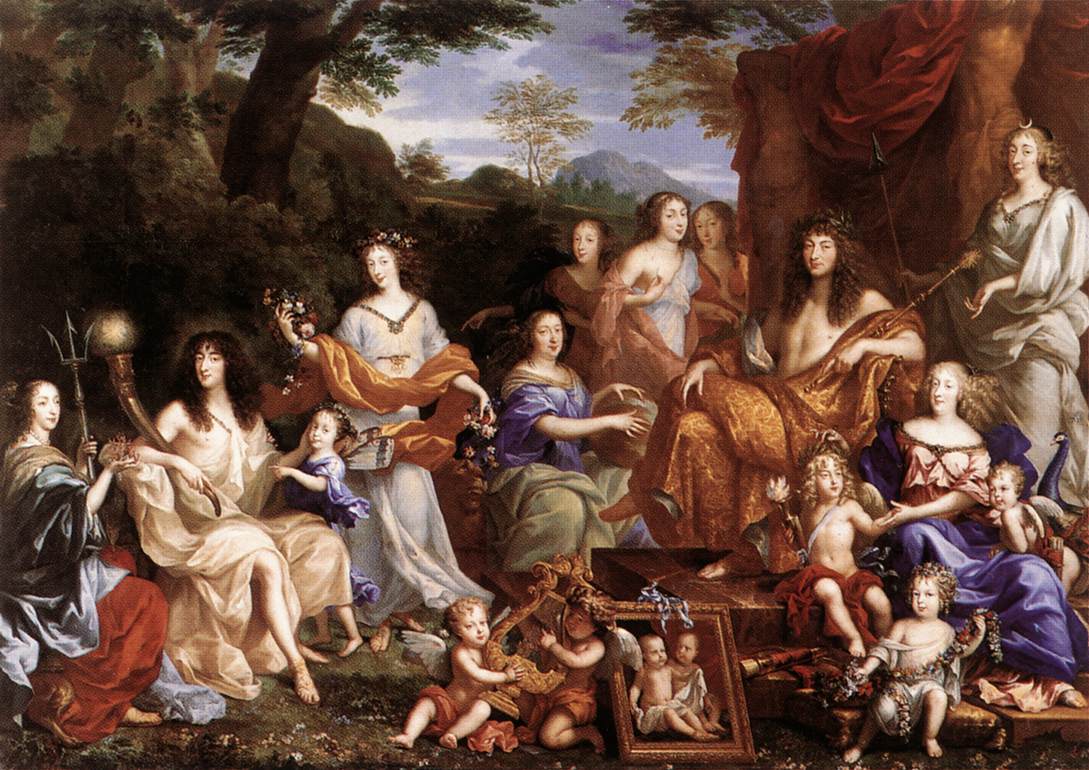